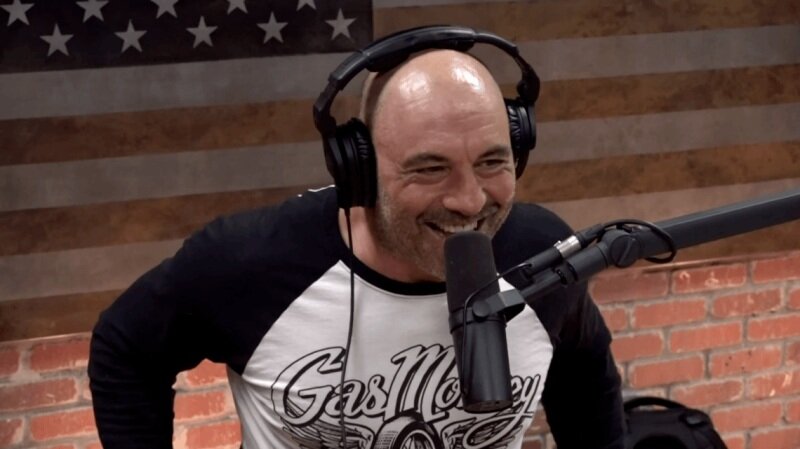 I think most of you know who Joe Rogan is. Well, for those who do not, let me introduce you, Joe Rogan is a UFC color commentator, an American stand-up comedian, and a host of every known Joe Rogan Experience (JRE) podcast.

The JRE podcast being hosted by Rogan comes up with more than 1300 excellent episodes. These numbers are still increasing as time passes by. The said program has been in the field for more than ten years. Aside from that, it is considered by many as one of the most popular contemporary podcasts these days.

Most of the episodes that it has been quite long. Many of them can last for more than three hours of live-streamed format. As you can probably assume, for episodes that long, they’ll cover a wide range of topics.

These guests are usually entertainers and celebrities. Some of them are also athletes and scientists who are knowledgeable about the possible existence of aliens.

In this post, you’ll see some of the best and most well-known Joe Rogan podcast episodes for new listeners, and fans who want to re-listen.

This episode tackles the not-so-popular American whistleblower, Edward Snowden. Snowden is suspected as the suspect for the leakage of the NSA’s important documents. The conversation between Rogan and Snowden lasts for about three hours.

In the episode, Snowden stated that he looked for the NSA network to find some proof about the different conspiracy theories, such as chemtrails and aliens.

Many of us are aware of who Elon Musk is. He is the founder and the edge innovator of Tesla and SpaceX. Rogan and Musk sat for about three hours discussing different issues.

Although, we all know this episode for one thing…

Don’t let the GIF get in the way of a great interview though. Rogan and Musk talk about a wide range of topics including the manic driving force and the problems experienced in building artificial intelligence.

If you are a health-conscious person, then this podcast between Rogan and Dr. Rhonda Patrick is a must for you to listen to. The guest is a Ph.D. in biomedical science.

Aside from that, Dr. Patrick is also a professional when it comes to nutritional health. She discusses, together with Rogan, the effects of having a good exercise and diet. She also discussed the linkages of the biochemical in a person’s body and how it affects a person’s health.

Tyson is an American science communicator, author, and an astrophysicist who believes that earthy matters connect all things in the universe and space.

These two persons are the former intellectual heavyweights and university professors discuss controversial problems, such as evolutionary, sociological aspects in human, radical left issues, racism, Hitler, and other controversies in their university campuses.

Mr. Willink is a former US Navy Seal Commander and the announcer in Jocko Podcast. In his interview with Rogan, he shared his insights about cultivating personal willpower, dealing with a crisis, being a good leader, and disciplining yourself to get the freedom you want.

Sam Harris is a host, a neuroscientist, and the writer of the different bestseller books of the New York Times. Harris is considered to be one of the top thinkers in the world. This is mainly because he discusses the very complex subject matters about the place of religion, free will, and existence.

All of Harris’ key thought topics are discussed in this enlightening episode.

Jay Leno is known for hosting The Tonight Show with Jay Leno. These days, he is known as the host of Jay Leno’s Garage and a stand-up comedian. During his interview with Rogan, he discussed his love for cars. One of the good things about it is that the conversation starts funny and ended funny.

Lance Armstrong faced tons of flack and lawsuits from different sides. In the JRE, Armstrong shared his perception about the spread of the substances, which were believed that can enhance your performance in different competitive sports, such as professional cycling.

Bill Burr is one of the best comedians in the world, it is not expected that the conversation between him and Rogan will be eclectic.

Ben Shapiro is known as a witty right-wing conservative. In connection with that, it is expected that he loves to trash social justice warriors if he has the time. He discussed the social problems, including gender pronouns and identity politics.

St-Pierre is a retired UFC champion. But even though most of you might expect that the conversation will be all about his life in MMA, St-Pierre also discusses his story. Its also about how he became an MMA fighter and the life of being bullied during his childhood days.

You might see this name on Netflix. But you might not know that he is a traveling chef.

Aside from that, you will surely love his stories once he starts discussing it. If you are going to ask the JRE listeners and the Bourdain fans, you can conclude that this episode is one of the most nostalgic ones that happened in the history of JRE.

You cannot deny the fact that we consider the Ketogenic diet as one of the most confusing and controversial advancements that happened when it comes to dietary science.

The interviewees claimed that it is one of the cures for the different problems, such as autoimmune issues and skin problems or even for cellular decay and obesity. In this episode, they discuss whether the Ketogenic diet is the solution to these problems and how a person should use it to work effectively.

Wim Hof is one of the most popular names when it comes to biohacking and health industries. Before this episode of JRE, Hof was accused as a scammer and a fraud. This is because he has insane claims about the breathwork, which he believed to chance the biochemistry of a human.

During his episode with Joe Rogan, he shares his research about the things that you can do to have an enhanced performance, increased health, and reduced stress.

This big problem becomes massive when you connect it with suicide, impaired cognition, hallucinations, depression, automotive, and workplace accidents.

To fight this problem, Rogan asks Matthew as his guests on his podcast and discuss the possible dangers that a person can get when he had a deprived sleep. Dr. Walker also discusses the things that a sleep-deprived person can do to fight it.

Ben Greenfield is one of the best personal trainers in the world. He is popular because he considered himself as a guinea pig who tested the different wild hypothesis on his body.

This episode in the JRE is ideal to those who want to be a biohacker. Which, is a bit of a loaded term these days…

Joe and Ben discuss how to increase your testosterone and fight off your aging. This episode will help you to open up your mind about the things that you can do with your body and mind.

Russel Brand is a famous comedian and stand-up with a messy past. From the start of his career, he was known as a drug addict and a womanizer, Brand did his best to transform himself and kick off his drug and woman addictions.

He talks about different topics about Trump, religion, the golden rule, and the ethics of veganism. As a result, this episode with Russel and Joe is one of the most listened podcasts.

This podcast episode especially highlights Rogan’s skills as a conversationalist. Brand is going in every direction at a million miles a minute and Rogan does a great job of keeping him on task while still pushing back when needed and challenging Brand’s point of view from time to time.

Jordan Peterson is one of the more analytical thinkers and interesting guests of the show. He usually talks about the realms of free speech and social justice.

But aside from his ramblings and rants about politics, there are lots of things that I love about Peterson. One of these is that he discusses how history and philosophy that can be applied in the day-to-day life of a person.

He talks about common issues being experienced by anyone and gives his tips on how you are going to solve those kinds of problems.

There are lots of things that are currently happening in the Middle East. Aside from that, North Korea is seemingly uncontrollable. Add to that, Russia is also only one of the countries that come up with hypersonic missiles that can eliminate the whole America in just a blink of an eye.

So yeah, you could say it’s all pretty grim…

Pinker had his perception that the world has changed positively. In this episode of JRE, Pinker will provide you with important details on why life is the best and why you should continue living.

This is one of the best episodes that I can share with you. This episode is great, not just because it comes up with excellent conversations between Joe and Dan. I consider it as the best episode because of the wisdom and knowledge being shared by Dan to the listeners.

The two discuss entrepreneurial success. The reasons why you need to follow your passion have also been discussed. Most of you will get a lot from this episode because of its enlightening and entertaining ride.

Kevin Hart is one of the most successful and popular comedians in every corner of the world. During his stand up gigs, he usually sells out football stadiums.

Aside from that, you can also see him in different television shows and movies. Despite some indiscretions about him, he is still considered to be the most humble, positive, and grounded guy in Hollywood.

As the interview goes on, I was amazed by the hyper-positive perception of Kevin about the world. Aside from that, he also stated that negativities do not have spaces in his life. He is very compassionate and funny. Well worth a listen to, even if you’re not a fan of Hart.

Naval Ravikant may not be a name you’re familiar with, but he is one of the most successful entrepreneurs and an investor who lives in Silicon Valley. Despite his success, he remained to be one of the most down to earth, grounded and happiest persons that you met in your entire life.

If you are someone who looks for the ways that you can be your best, to live your life to the fullest, to give love to others and to make your work better, then you should watch this episode. This is really for you.

Like him or not, Dan Bilzerian has made a name for himself over the years.

Now, this episode isn’t as insightful as others – although Dan can seem quite switched on when he gets out of his own way – but this episode has some merit.

What I particularly like about this episode is listening to sort out what parts of Bilzarian’s story is true and what has had a little bit (or a dumpster-load) of sugar added to it. Personally, I’d have liked Joe to push back and challenge Bilzerian a little more but that’s just me.

See for yourself, complete lie or not – it’s a pretty entertaining life!