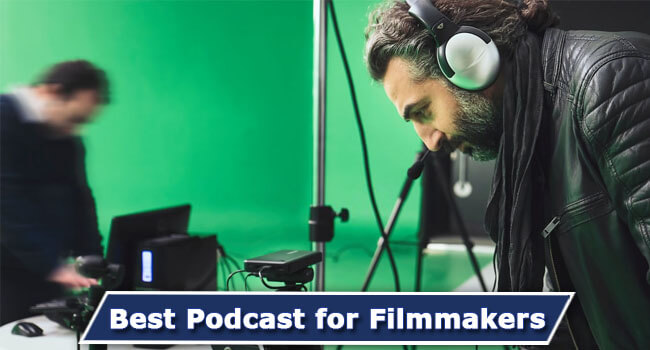 Podcasts can be great for filmmakers. The visual side of things constantly bombards us, and that leaves a perfect gap for audio to fill those in-between moments or long days at the editing bay. Podcasts are a beneficial medium as they are way more flexible, so we can listen to them wherever we want to.

Moreover, from a filmmaker’s perspective, podcasts can make us a better storyteller, give us some insight from other high-level creatives, and make that rough cut a tad more bearable.

Below is a List of 10 Best Podcasts for Filmmakers 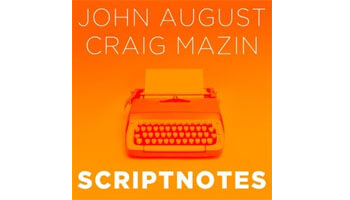 Podcast Scriptnotes was created in the year 2011. Screenwriters John August and Craig Mazin discuss screenwriting and related topics in the film and television industry, everything from getting stuff written to the vagaries of copyright and work-for-hire law.

Scriptnotes covers all the topics screenwriters never talk about like “Where to find an agent?,” “What’s the difference between a revision and a polish?,” and “What to wear to meetings?” The average length of each of its episodes goes from 35-120 minutes and can be caught up every Tuesday for new episodes.

What We’re Up To

John and Craig share their tips for working from home, from writing sprints to taking walks. They also talk about how the recent shutdowns have affected Pay Up Hollywood, support staff, and what they are doing about it. Finally, we hear from Scriptnotes guests and friends about how they are managing this challenging time. 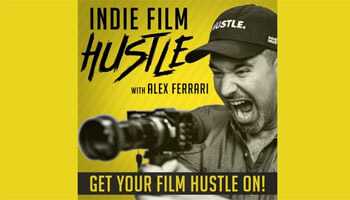 Created in the year 2015, the person behind it is Alex Ferrari. The Indie Film Hustle podcast offers survival hacks for our indie filmmaking career. It is dedicated to showing us how to survive & thrive in filmmaking with no BS!

Anything that we can imagine that’s linked with movie production is featured and discussed in this podcast, including cinematography, post-production, color-grading, and distribution. The average episode length in this podcast varies considerably from 15-90 minutes.

IFH 380: How to Raise Money for Your Film in TODAY’S CRAZY World with Franco Sama

In this particular show, we have to return champion film finance expert Franco Sama as our guest. Franco and the host discuss the effect the Coronavirus is and will have on not only raising money for a film but also selling that movie to an ever-changing marketplace.

Nobody knows what will happen to the industry after this virus passes. They also discuss which studios are more vulnerable than others and the dos and don’ts when raising money for an indie film into today’s marketplace.

3. The No Film School Podcast: 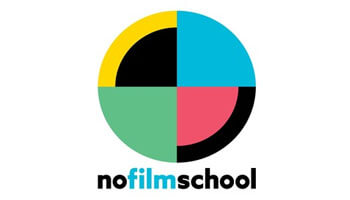 Created by Jon Fusco and Liz Nord in the year 2016, The No Film School Podcast is the audio channel of nofilmschool.com, the leading worldwide community of filmmakers, video producers, and independent creatives. No Film School is where filmmakers learn from each other — “no film school” required.

This podcast features interviews with leading filmmakers and industry authorities, check-ins from major film festivals, and our weekly news update, Indie Film Weekly. The Average length of the episodes varies between 30-60 minutes.

The world, and our industry, has changed dramatically in a concise period of time. In this episode, the host talks through what filmmakers can do with this time, how to weather this storm, and what other major events we’ve witnessed the industry survive. 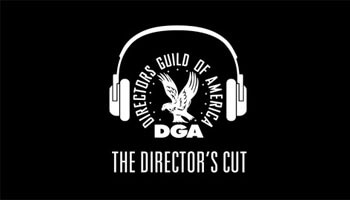 The Director’s Cut is a weekly 2-hour movie radio show and podcast. Created in the year 2005 and brought to us by the Directors Guild of America, “The Director’s Cut” podcast brings us the behind-the-scenes stories of today’s most talked-about films.

Each episode features a different director interviewed by one of their peers, leading to revealing conversations about the grueling, but rewarding process of bringing their films to life.

The interviews in this podcast feature just about every big name in filmmaking. Quentin Tarantino, Christopher Nolan, Amy Poehler, Olivia Wilde, Ron Howard—you name it. The episodes are simple, generally short, and packed with gold.

Director Jeff Wadlow discusses his new film, Fantasy Island, with fellow director Christopher Landon. Set on the mythical tropical resort where dreams can come true, the film shifts into nightmare territory as the guests of the enigmatic Mr. Roarke must solve the island’s mystery in order to escape with their lives. 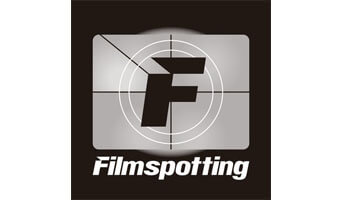 Hosted by Adam Kempenaar and Josh Larsen, Filmspotting is a movie lover’s podcast. Being a weekly film podcast and WBEZ radio show from Chicago, it features in-depth reviews, top 5 lists, and interviews. It dives into reviews, trivia, retrospectives, interviews, and more.

Filmspotting is highly recommended for anyone who loves cinema or wants to learn more about how movie buffs think about those movies. It’s also a great place to get recommendations on movies as well.

Chaplin, Cagney, Garbo, and Grant all make Adam and Josh’s 1930s “Starter Pack,” 10 films to introduce us – or get you better acquainted with – arguably the greatest movie decade. Plus, the first film in their four-film Bette Davis Marathon, 1934’s OF HUMAN BONDAGE, and the Elite 8 of Filmspotting Madness: Best of the 2010s. 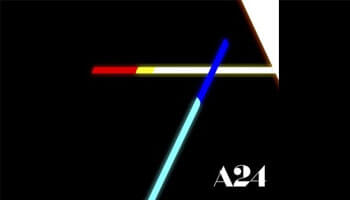 Critical juggernaut A24 features an unhosted take on film podcasts, as different filmmakers discuss their films, influences, and careers. No host, no ads, no rules. From the people behind Midsommar, The Farewell, Eighth Grade, Hereditary, Lady Bird, Moonlight, The Witch, The Lobster, Ex Machina, and more.

The studio is making the most of the talented filmmakers they’re connected with, revealing the creativity behind each film. Our favorite part, though, is the focus on the influences behind directors and their films—always a fascinating listen.

Topics covered include hot mics, shooting in airports pre-9/11, “movie star grapes,” Josh seeing Sandler in Punch Drunk Love at age 18, writing a script that feels like there is no script at all, His Royal Highness Darius Khondji, the firecracker scene in Boogie Nights, the feeling when it all works artistically, post-filmmaking blues, losing the Ziegfeld theater in NYC, and why it just makes sense to ship a precious gem inside of a fish. 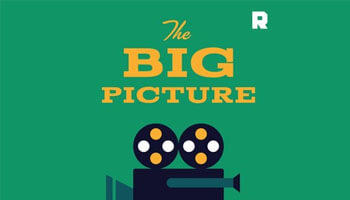 Produced by The Ringer, The Big Picture takes a high-level view of the film industry and makes sense of it. It dives into movies as Sean Fennessey sits down with Hollywood’s biggest filmmakers, breaks down the latest industry trends, handicaps the upcoming Oscars race, and reviews new films with Ringer colleagues like Shea Serrano, Amanda Dobbins, and Bill Simmons.

This is another great option for industry-wide news and opinions. We get the sharp editorial tone of The Ringer, of course, but this time directed at film festivals, new releases, and, well, big-picture perspectives on everything entertainment.

We’re Watching Every New Movie at Home Now. Is That a Good Thing? Plus: Bill Simmons on ‘The Hunt.’

Suddenly, nearly every new movie that’s been released is available at home. Sean and Amanda break down our new reality of home consumption, discuss the drawbacks of the VOD economy, and go in-depth on two new at-home releases, ‘The Hunt’ and ‘Emma.’ 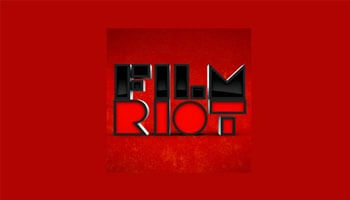 Film Riot is a how-to trip through filmmaking from the mind of Ryan Connolly. It is a behind-the-scenes look into the art and craft of filmmaking. It features conversations with everyone from directors and editors to stunt coordinators and VFX artists.

From how to make great effects to following Triune Films through production, Film Riot explores the art of filmmaking in a way you’ve never seen. The best part of the podcast, making us love it, is that in each episode, they pull back the veil of the process, revealing the genius behind each project.

In this episode, we find out the winners of the 80s Challenge! 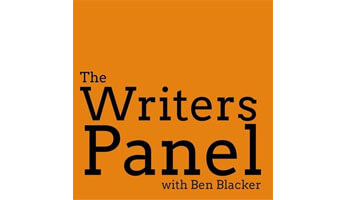 Created in the year 2012 and hosted by Ben Blacker, he Writers Panel, brings together the top TV writers (and occasional feature writers) to discuss how they got their start in the business, their writing process, and all the lessons learned along the way.

Each episode usually brings together two or more writers for an informal chat that gives a real take on how the sausage of tv, film, comic books and novels are made. It’s usually funny, but always insightful, making it one of the best screenwriting podcasts. The average length of the episodes is 90 minutes.

Getting it on the page and turning it in with Michael Grassi (creator, Katy Keene); Michael Waldron (upcoming: Loki; Rick and Morty); Nico Raineau & Lauren Schacher (director/co-writers, Hooking Up) 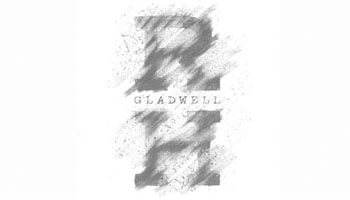 Revisionist History is Malcolm Gladwell’s journey through the overlooked and the misunderstood. He takes a second look at some of history’s most formative events, to see if there’s something the history books overlooked.

Every episode re-examines something from the past—an event, a person, an idea, even a song—and asks whether we got it right the first time. For a perspective-giving look at history and storytelling, there’s no better way for creatives to get a crash course than this podcast.

Malcolm, a serious car nut, is invited to Toyota City in Japan to meet test-track drivers and obsessive engineers. The result is a six-part series called “Go and See.” The first episode explores the Japanese concept of hospitality called “omotenashi” as it applies to car design.