The Best Podcasts For Ghost Stories 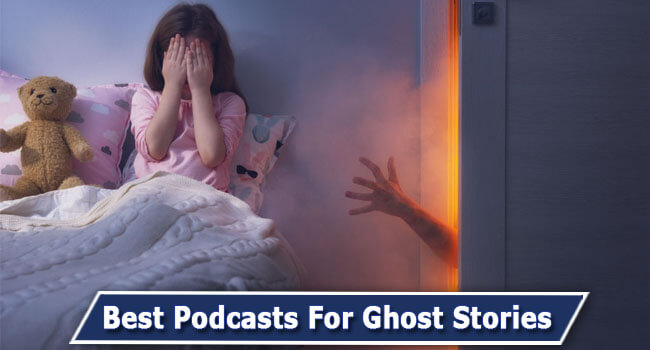 Podcasting today has emerged as a matured platform that has developed to cover almost the entire style, genre, and imaginable from true crime, fiction, sci-fi, old-school tech hot talks to deep dives of sobering history. But one cannot leave horror podcasts behind as it brings extraordinary adepts and gives people thrilling goosebumps.

The horror podcasts are one that is still on the rapid rise. The petrifying images that keep searing in our brains, the quaint to rewind the audio-clips can be a great way to get scared off. In recent days, some fascinating podcasts have come into the limelight that kept us awake in the sinful night.

So, if you are willing to experience real-time horror moments, all you need is a smart headphone. Be ready, as we have brought you the top ten best ghost stories podcasts reviews, but don’t dare to listen to them alone. 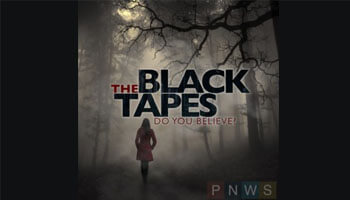 Hosted by Alex Reagan (investigative journalist), The Black Tapes is a bi-weekly podcast from Minnow Beats Whale and Pacific Northern West Stories. The story is associated with the mysterious past life of a journalist.

She is seeking the truth and is desperate to know about her enigmatic subject’s life history. Meanwhile, she has to face the terrifying and haunted figurative ghosts in the entire serialized docudrama. 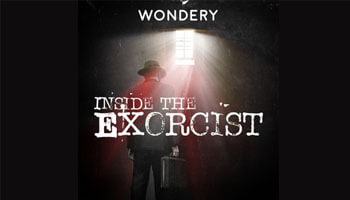 This podcast narrates a tale of the dark night, demonic activities, love, and losses. It is said that in the year 1973, some demonic evil entered inside a young girl, and the episodes represent some of the brutal force of horror and real-imagination, faith and fury, of unbridled ego and much more.

The causes and evil curse leave the listeners in a hysterical state. Some critics often termed this podcast as ”occultist claptrap” and ”religious pornography”. 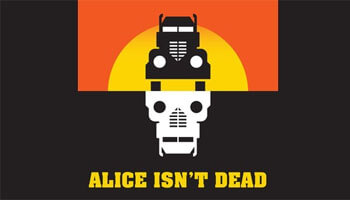 About the Show: The podcast is purely based on mystery fiction. Its organic evolution welcomes us into the strangeness in ”Nightvale”. The story begins with a truck driver who roams across the entire United States in search of his wife, who was thought to be dead.

Each episode explores the driver’s experiences as he comes to know about his dead wife’s ghost. Some more traditional structure mysteries are blended in the podcast which will certainly fill your heart with oddities. 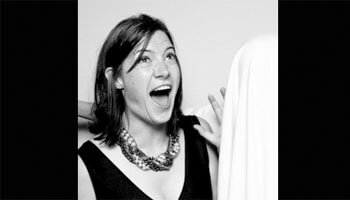 About the Show: The story begins with a children’s librarian who sits with her Wellesley neighbors in Massachusetts. She starts narrating some strange stories, which is not for children, for sure. As the story continues, Liz Sower narrates the story of her encounter with the ghost who starts haunting the suburbs.

But the real goose bumping arena comes from the banal. Liz Sower appears to be a strong and intense storyteller who delivers tales with an enigmatic aura. 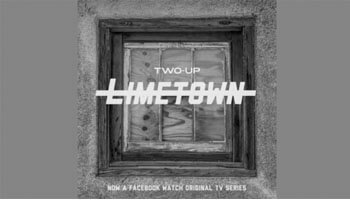 About the Show:  This part serial and part lost docudrama is worth listening to. The host begins her mysterious journey where she tries to figure out the reason behind the disappearance of a certain number of people from a town in Tennessee a century ago.

The story hosts the lead character Lia Haddock who had a personal connection that made her obsessive in that journey. The more you dive deeper, the more intensified it gets.

The Limetown has a lot of mystery that is yet to be unraveled, unveiled, and unmasked. The story will leave every listener wondering about the truth of this town at the end. 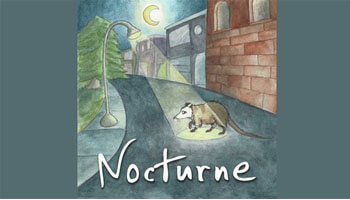 About the Show: Have you ever heard about certain things that start changing their body mysteriously after the sunset and behave in an unfamiliar way? This podcast is all about them.

Nocturne is a horror podcast that reveals something terrifying about a person who considers his fear and terror by taking the moves beyond horrified fiction. The man seems to stroll through the woods in search of something strange at night. 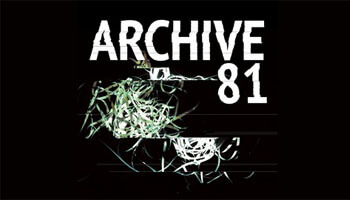 About the Show: This biweekly podcast is all about horrific rituals, sounds, and stories. Daniel Powell, the lead character, goes missing after signing up for a secretive and secretive job in achieving audio recordings.

Marc, Daniel’s friend, starts posting audio clips that were sent to him by Daniel, hoping that someday someone will give him information about his missing friend Daniel. The audio file unveiled information about Daniel’s mysterious assignment and horrifying truth about the organization that he was working for unknowingly. 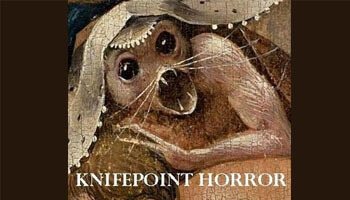 About the Show: The narrator narrates a new story in every episode. A sudden change from violin strings to music mood plays a pivotal point in story telling. Voice modulation is superbly used in this podcast.

It is hosted by Soren Narnia. Just like ‘Are you Afraid of the Dark’ by HG Wells, this series offers the iPhone era a campfire tale. 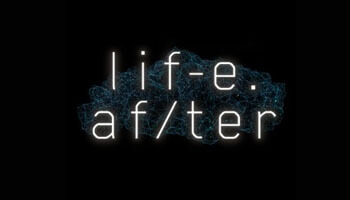 About the Show: The mourning story infused with some grievance and sci-fi social media, LifeAfter is all about a man and his dead wife. In the entire story, an FBI employee fights hard to get back all he had lost after eight months of his wife’s death.

Meanwhile, you will get to hear about the pristinely crafted grief that this man goes through and the broken voice of his wife, who seemed to have turned a ghost as of now. The campfire ghost wife indeed will hunt you through your headphones. 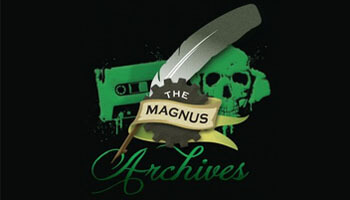 About the Show: This anthological UK podcast begins with the main character, Jonathan Sims, who has been appointed as a new archivist in the fictional Magnus institute. The story goes on all fine till Jonathan Sims discovers something strange in the paranormal research department in his London based Magnus institute. 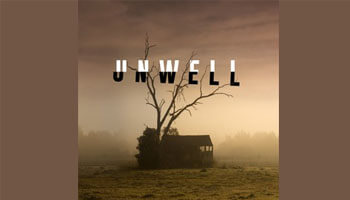 About the Show: If you love thrilling mysteries, then this Unwell horror podcast is just for you. The story is based in a place called Ohio, which is unnervingly hospitable. The story unravels all the malice and disorientation occupied by the small-town niceties.

The dark days soon bring demonic chaos in the town. The protagonist of the story is Lily harper who had just returned home from mount Absalom. The story follows who she deals with the horrific incidents while dealing with the vulnerable and strange behaviors of her angry mother. 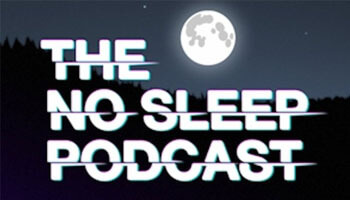 About the Show: The quality story of No-sleep is amazing yet astonishing. Born from the subreddit of the same name, this perennial champion of aural terror story can make hell out of you. The podcast is about some dark tale of things that shouldn’t happen and of things going in the wrong direction.

The story is told with a first-person experience that almost winks at plausibility. The blend of substances, supernatural elements, and lurid styles had something interesting to give everyone. But can also, with its horrifying consistency, sets all teeth chattering. 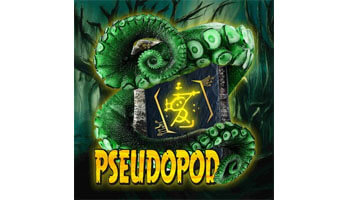 About the Show: Pseudopod is devilishly simple as it presents a classic and gold standard horror audio. A story encircles a shy boy who builds tiny coffins. In this podcast, you will get to listen about a park that is surrounded by apocalyptic waste, ghosts that are noisy, and feral toddlers.

The hyper smiley park takes an enigmatic turn every night, and the evil spirits perform some demonic activities with all the dead bodies. 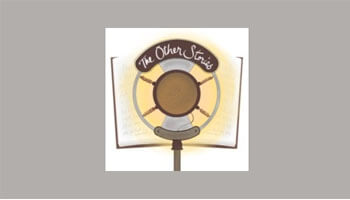 About the Show: This shudder original podcast features episodes that telecast at 10 pm every day. Each episode is accompanied by some mishaps that take place inside the storytelling. This audio show is based on sci-fi, fictional, horrified and thrilling drama.

The top-notch storytelling shares a lot of immersive value that represents the plots of the torments. Each episode brings up a fresh new theory of diminishing and evil nature. The best part about this podcast is that it can give you shiver and goosebumps within just ten minutes. 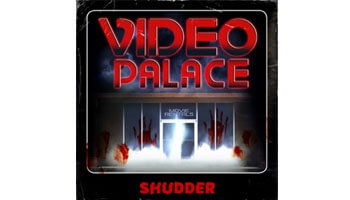 About the Show: This podcast is inspired by pseudo-urban legends and narrates horror stories related to them. Hosted by Nick Braccia and Michael Monello, this podcast follows the events happening in the life of a video collector,  Mark Cambria who investigates “The White Tapes”.

If you are someone who has loved series and films like ‘Stranger Things’ and ‘The Ring’, then you will surely love this as this podcast is a perfect blend of these two stories.